Atha & Co – At The Heart of Middlesbrough's History

Middlesbrough is a large town situated in the North East of England with a population of 138,000 who are commonly referred to as ‘Smoggies.’ Home to the Chicken Parmesan (a Teesside delicacy), Middlesbrough football club and Captain Cook’s birthplace, the town is rich with historical architecture and industrial opportunities.

The first documented record of Middlesbrough's existence dates back to the Anglo-Saxon period in which the town was named ‘Mydilsburgh’. Despite this early record of the town's existence, in 1801 documents show that Middlesbrough only had a population of 25 people.

In 1829 a group of men led by Joseph Pease, purchased the Middlesbrough estate and decided to develop the farm into a supply labour for the new coal port. Pease, originally from Darlington, needed to occupy Middlesbrough to be nearer the coast in order to import and export coal easier.

Pease quickly developed Middlesbrough and built a market square, shops and houses to house the labourers that fled to the area. In 1846 the town hall was built which is one of the few original buildings that has remained.  1877 then saw the beginning of the railway track and station that separated the North and South of Middlesbrough. 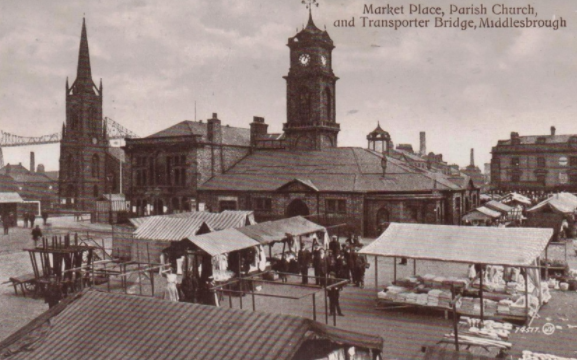 Middlesbrough Market Place and Transporter Bridge 1925. Image from This is Middlesbrough.

Although the original plan for Middlesbrough was to be a coal port, it is more familiarly known as an iron and steel industrial area. Iron Ore was discovered in 1850 in the Cleveland Hills and rapidly replaced coal. Along with the impact of the industrial revolution across Britain, Iron was in high demand especially for the expansion of the railways and with that Middlesbrough’s first blast furnace was built in 1951. By the beginning of the 20th century Middlesbrough was producing approximately a third of the nation’s iron supply.

The Iron revolution in Teesside spread across the nation and by 1860 the town's population had grown to over 20,000. 1870 saw the rise of Steel’s popularity due to its resilience and strength and by 1875 the first Bessemer Steel Plant in Middlesbrough was built. In 1901, census shows the population had further increased to 90,000 despite 70 years prior the town did not even exist.

In 1911 Transport Bridge was built which has become a symbol of Teesside’s industrial legacy. The famously blue bridge became vital for the transportation of goods over the River Tees, the bridge is still used to this day and is also used for bungee jumping and abseils. 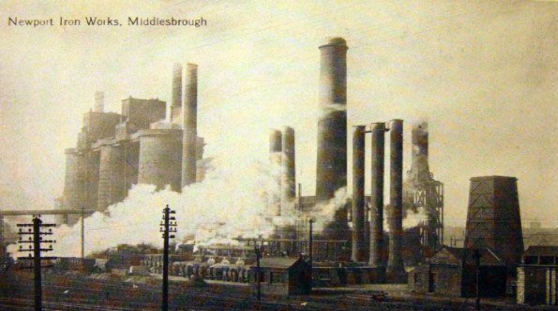 Newport Iron Works. Image from This is Middlesbrough.

Modern day Middlesbrough is significantly different to it’s beginning in the 19th century. The main town centre now resides South of the railway station rather than North. Middlesbrough has also rapidly become the heart of Teesside and is a hub for entertainment, shopping, and dining.  The population of Middlesbrough alone has grown to 140,000 which is significant considering 200 years ago Middlesbrough as a town didn’t exist.

The decline of the steel and iron industry hit the area hard throughout 1980 up to most recently 2015 where a further 1,300 jobs were lost. However, the town has thrived with the surge of small, independent businesses. Most notably, along Bedford and Baker street in the heart of Middlesbrough town centre. The streets are filled with quirky independent businesses that have proved successful over the years, especially with the Orange Pip Market that falls on the last Saturday of every month. 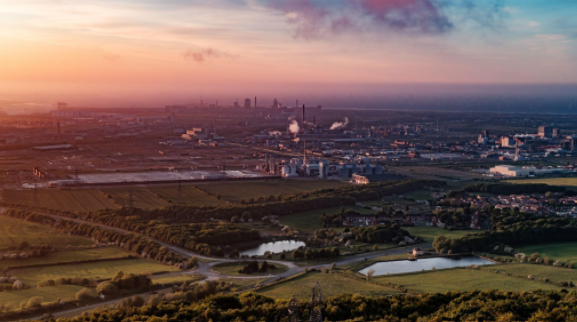 Since Atha and Co’s establishment 50 years ago, the town has changed dramatically. 1992 saw Constantine College transform into Teesside University, in 1995  the Riverside Stadium replaced the old Ayresome Park, and since then thousands of new houses were built. The town has also experienced some significant events including the Radio 1 Big Weekend that was hosted in Stewarts Park in 2019.

Middlesbrough is also set to expand within the coming years. Mayor, Andy Preston, has laid out development plans for the town which includes office buildings, housing plots and the restoration of abandoned buildings. The new developments that will take place at the beginning of 2022 and are set to boost the economy and tourism in the Teesside area and bring back prosperity to the area.